the global symbol of dementia awareness

We are proud to be 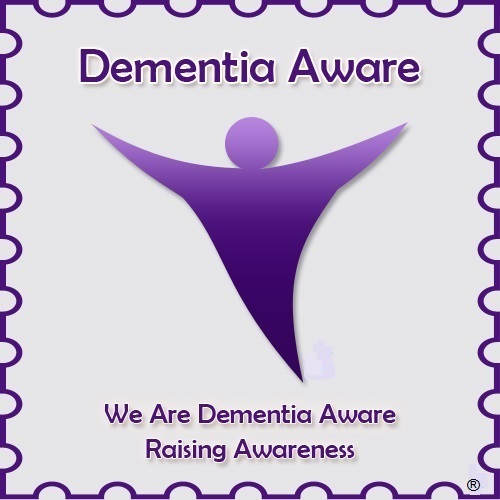 From 2012-2014 Kingston was part of two year collaborativeproject in partnership with several other parishes in the Erme Valley, Modbury, Ermington and Ugborough. The aim of the project was to develop a dementiafriendly community, which is one that shows a high level of publicawareness and understanding so that people living with dementia and their carers/families are encouraged to seek help and are supported by their community. It is a community which helps those with dementia to improve their ability to remain independent and have choice and control over their own lives. Dementia can be scary for those who have not got the condition. Imagine what it is like for those who find that they have and for those who care for them?

The project was inspired by the Dementia Friendly Parishes aroundthe Yealm project and by the work of Francis Reeve – town councillor and former Mayor of Ivybridge. It was part of the national dementia friendly communitiesChallenge’ on dementia and is supported by the Dept. of Health.

The Project held workshops to promote dementia awareness with the support of the Alzheimer’s Society, encouraged articles in parish Newsletters and information exchange through parish websites such as this one.
As part of the project Norman Macnamara visited Kingston and talked to a number of interested residents about his experiences. He awarded the Dolphin Inn, which hosted this event, Purple Angel status for their support in developing dementia awareness. In November 2014 he also awarded Kingston Parish Council, Kingston Parochial Church Council and the Parish of Kingston Purple Angel status.

Purple has long been associated with Dementia and Alzheimer’s related illnesses. The original ‘Angel’ is a caregiver called Elaine who lives in Torquay in the UK. Her partner is Norman McNamara who is living with Lewy Body Dementia. Elaine,
Norman and friends in Torquay were instrumental in establishing one of the first ‘dementia friendly communities’ in the UK.

The original Purple Angel symbol was developed by Jane Moore from Camelford in Cornwall. This was in response to Norman’s challenge for someone to help create a Purple Angel ‘logo’. The Purple Angel has inspired many people and organisations around the world to join hands and raise awareness together.

The Purple Angel stands for Hope, Protection, Inspiration and Universal Teamwork. Since its launch, The Purple Angel logo has been adopted and shared by thousands of people who care about dementia related illness and want to help raise awareness.

What is dementia?
The term dementia describes a range of symptoms which include loss of memory, mood changes and problems with communication and reasoning. The condition is progressive, that is the symptoms get worse; how fast depends on the individual person and the type of dementia they have. It is a complex condition and each case is different.

Why should we be concerned?

Dementia cost the UK over 23 billion pounds in 2012, but family carers of those with dementia save the UK 8 billion a year. The south west has the highest dementia rate in England, around 12,000 have the condition in Devon alone and this is expected to rise to 17,000 by 2021. Devon is already at the point that the UK as a whole is expected to reach in 2025.

Several diseases and conditions result in dementia, but you are most likely to have heard of Alzheimer’s Disease, which is the commonest cause. Vascular dementia is caused by a break in oxygen supply to the brain from a stroke or accident, and Dementia with Lewy Bodies is where tiny abnormal structures develop inside brain cells causing problems with planning and reasoning rather than memory loss. There are
many others and most are not curable, though there are now some drugs which give temporary alleviation for some types of dementia. All this has lead to the national campaign, of which we are a small part, to raise awareness, understanding
and offer more support to people living with dementia and their families.

The Alzheimer’s Society  http://www.alzheimers.org.uk/ There are local branches of this organisation

The Silver Line Helpline    0800 328 8888  a helpline for older people.
More information can be found at www.thesilverline.org.uk/

The Purple Angel http://www.purpleangel-global.com/index.html  the purple angel is the symbol of hope adopted around the world by people who care about dementia, see above.

Devon Carers    http://www.devoncarersvoice.org.uk/ for carers to encourage more carers to have a say in decisions which affect them and those they care for

Modbury Caring is a charity with the aim of providing and assisting patients in the area covered by Modbury Health Centre with services not normally provided by the statutory authorities. To book a lift to take you to and from the Centre itself, to hospital in Kingsbridge or Plymouth or other medical appointment ring the Health centre Reception on 01548 830666.   Modbury Caring also now provides a Befriending Service, which offers visits and some assistance to those who are isolated and/or living alone. Contact Sheila Harrison on 07554 997140 or email on modburycaring@gmail.com or Drop in on Wednesdays from 10-11am at the Modbury Parish Office, next to the Coop in Modbury.

Torbay Dementia Action Alliance ‘living with dementia , not dying from it’ http://tdaa.co.uk/largest-dementia-friendly-community-in-the-world-plz-rt

A few of the many tips for supporting someone you meet who you know or suspect has dementia …….

● Speak clearly and calmly and slightly slower than usual, and re phrase questions which have been
misunderstood

The information on this page comes from the Alzheimer’s Society and http://www.purpleangel.org.uk/